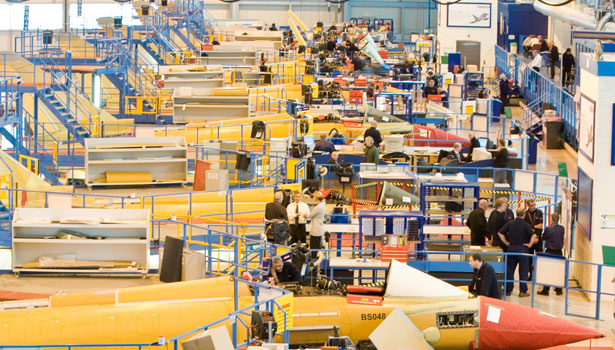 An existing hangar was to be stripped out and refurbished to accommodate the production of Typhoon (Eurofighter) aircraft.

In 2000 Savery Hydraulics was appointed to install and commission a hydraulic test facility for Typhoon aircraft production in a newly refurbished hangar at BAE Warton.

Precise and rapid pressure and flow controls are required during dynamic testing to avoid alarm conditions being detected on the aircraft.

Every Typhoon aircraft produced at BAE Warton has been tested using this system.